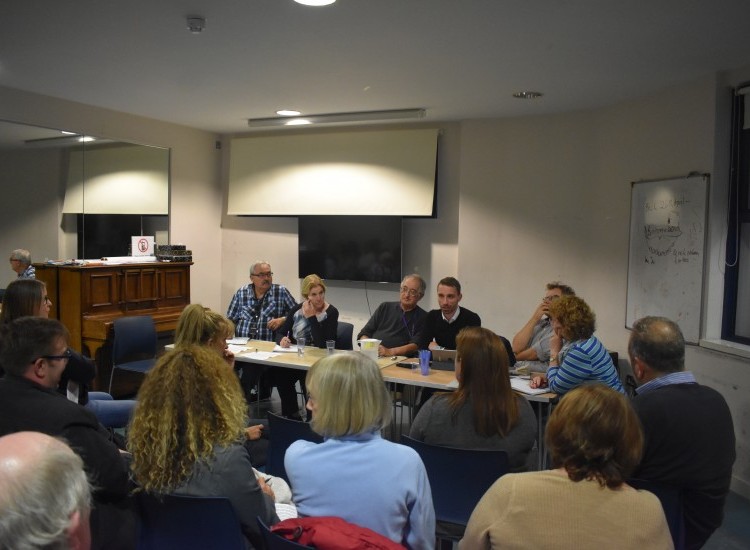 Last night Castlehaven hosted a public meeting on tackling local anti-social behaviour. The forum was organised because this summer has seen more reported instances of drug use and dealing, rough sleeping, crime, defecation and littering. The well attended meeting was an opportunity for local residents to ask questions and suggest solutions to a panel of notable Camden representatives.

Attendees came with plenty of suggestions ranging from using classical music as a deterrent, to implementing a timed sprinkler system. What was clear from the meeting was people have had enough of anti-social behaviour blighting their community. Castlehaven Gardner Paul Storan said the area “has been left on its own”, and lamented the “nasty environment” that has developed over the summer.

Immediate actions to be take include creating a community email address which will serve as an evidence log. The public can send any incidents they have witnessed, however big or small, to the soon to be setup email address. Castlehaven will also manage a closed Facebook group where the community can report crime and raise local issues. The Nature Area coming to our Community Park was also discussed, as we believe this will help alleviate the problem in a creative and positive way.

Unfortunately, budget cuts and lack of resources inhibit the police’s ability to tackle the issue of anti-social behaviour. CEO Eleanor best summarised the theme of the evening by saying: “What can we as residents do?”

Treat a Loved One This Valentine’s Day